Drought Alert Drought Is Here - Reduce Your Water Use Read On... 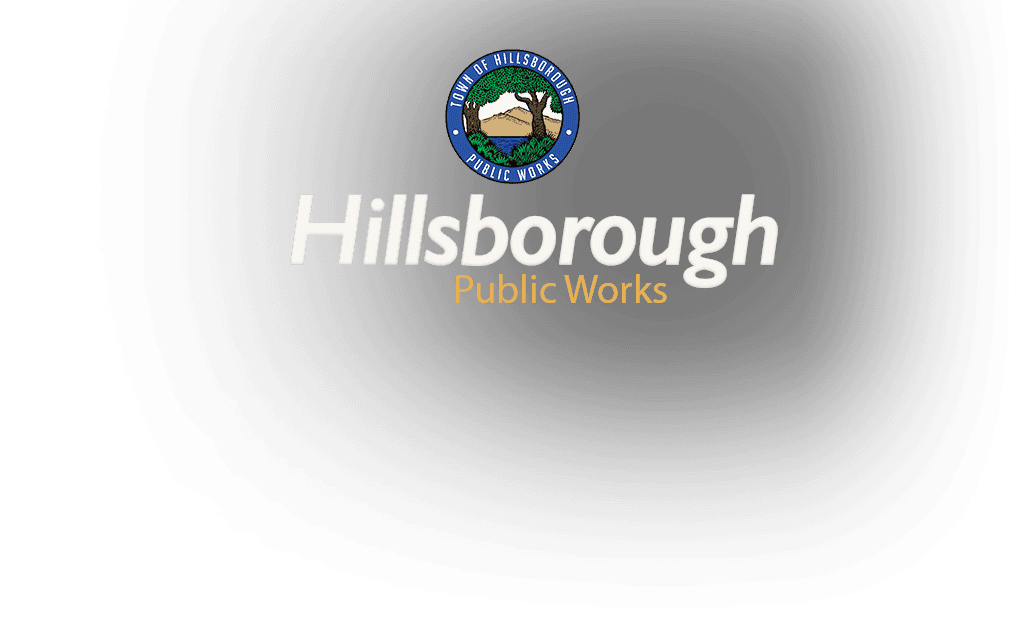 The Town of Hillsborough manages 9 open space areas (PDF), which were variously deeded to the Town over 30 years ago. These open spaces have a combined acreage of approximately 259 acres and are rugged, heavily vegetated, considered undevelopable, contain utility easements, and are not open to public access.

The Town's open spaces are diverse in their makeup and condition, and range from grassland, mixed oak woodlands, riparian, oak grove, chaparral, and forested areas. The makeup of the Town-owned open space areas is fully described in the Town's Open Space Vegetation Management Strategy and Guidelines.

In 2006, the Town of Hillsborough began working with a consulting biologist, Loran May of May and Associates, Inc., to better understand and map the flora and fauna within Town-owned open space areas. With the assistance of May and Associates, Inc., the Town surveyed and mapped sensitive species, endangered species, wildlife, and general vegetation composition within the Town-owned open space areas. The Town also conducted a fuel load and fire risk assessment survey and mapping effort to understand the extent of fuel load and wildfire risks within the Town-owned open space areas. These efforts, along with the extensive review of pertinent national, state and local regulations, studies, databases, and ordinances resulted in the completion of Hillsborough's Open Space Vegetation Management Strategy and Guidelines (PDF).

Shortly after the adoption of the Town's Vegetation Management Strategy and Guidelines, City Council formed an Open Space Management Task Force. The Task Force was formed in August 2008 and was comprised of Hillsborough residents, key Hillsborough employees, and Central County Fire Department representatives; was chaired by Mayor Kitty Mullooly; and received technical assistance from the Town's consulting biologist Loran May of May and Associates, Inc. Task Force members were selected based upon their expertise in various pertinent disciplines such as wild land biology, urban planning, fire prevention, architecture, and construction. The Task Force was charged with considering and prioritizing 22 open space management priorities within the Town-owned open space areas. The Task Force met 3 times during the Fall of 2008 and, through a deliberative process, developed a prioritized list of 6 open space management project recommendations (PDF) to City Council. Foremost among these recommendations was to reduce the risk of wildfire in Town-owned open space areas.

In September 2007, the California Department of Forestry and Fire Protection (CALFIRE) released its Draft Fire Hazard Severity Zone Maps. The draft maps represented CALFIRE's attempt to quantify the risk of wildfire danger in local responsibility areas. The draft maps classified much of Hillsborough as having very high, high, or moderate risk of wildfire. While the Town of Hillsborough and Central County Fire had questions about and provided feedback on CALFIRE's methodology used in creating these maps, Town staff and its City Council took notice of the overall issue and took decisive steps, such as seeking grant funding, to address the possible risk of wildfire with Hillsborough. The CALFIRE Maps were finalized in 2009.

In December 2007, Hillsborough prepared and submitted a 2008 Pre-Disaster Mitigation (PDM) Grant to the Federal Emergency Management Agency (FEMA). The grant application requested $624,000 for a fire hazard mitigation and fuel reduction project designed to reduce fuel loads and fire ladder effects within the Town-owned open space areas. The grant project was developed in cooperation with Central County Fire and was based on fuel load and fire risk assessment surveys conducted on Town-owned open spaces. The goal of the project was to:

It is important to note that this is not a tree removal project. The removal of healthy, adult, live trees is not anticipated as a part of this project.

The FEMA grant process required the Town to do an extensive Benefit Cost Analysis (BCA) for the proposed project. The Town hired Ken Goettel and Associates to perform this required BCA. The BCA found that the proposed project would result in a 5:1 benefit-to-cost ratio. In other words, the analysis found that every dollar spent on the project had the potential to avoid the risk of $5 in wildfire property.

Based on this analysis, and the submitted grant application, FEMA funded the Town's grant project. Hillsborough was the only agency in California to receive a Pre-Disaster Mitigation Grant Award from FEMA in 2008.

Fires are a natural occurrence in open space and wild land areas. Vegetated and wooded areas periodically catch fire under natural conditions, which helps to clear out dead vegetation and understory and allows for new plant and animal growth. Native trees, plants, and animals have generally adapted to periodic fires and may even benefit from them. The lack of or suppression of fires over time can result in conditions that can result in wildfires. Wildfires tend to be the result of extreme environmental conditions such as drought or unnaturally large amounts of flammable live and dead vegetation. Wildfires may burn hot enough that wildlife, plants, and trees are adversely affected and ecosystems permanently altered.

There is an entire body of research and numerous publications and websites related to wild land fires, wild land fire suppression, wildfires, and the use of open space management in lieu of naturally occurring fires. There is a general belief that, in the absence of wild land fires, open space areas must be managed to approximate the effect of a naturally occurring fire. This is particularly true in wild land urban interface areas (areas where wild lands and human development intersect). The Town encourages Hillsborough residents to research this topic and has provided several good links below regarding the subject:

The Town has been fortunate that there has not been any severe or significant wildfires in Town-owned open spaces since they were variously deeded to the Town several decades ago. However, that means that significant fuel loads have built up in these areas. History has shown us that fire is a natural occurrence in nature that occurs every 10-20 years to help manage the balance of nature. The Town is conducting the Fire Hazard Mitigation and Fuel Reduction project to reduce the risk of wildfire in Town-owned open spaces.